Homefront DVD/Blu-Ray release is 10 days away from us (it will be released next March 11, and you can already pre-order here) but it’s already available on Instant Download or iTunes. I have posted now HD screen captures in our gallery.

Movies > (2013) Homefront > Screencaptures
by Luciana
Comments are off
Homefront

I never thought Iâ€™d see the day when Winona Ryder would steal a movie right out from under Jason Statham and James Franco, but we live in interesting times. Homefront, scripted by Sylvester Stallone (or should that be â€œAcademy Awardâ€“winning screenwriter Sylvester Stalloneâ€?) and directed by Gary Fleder, is a thoroughly boilerplate bayou actioner, with one notable feature. Itâ€™s got good villains â€“ nasty, delirious, stupid villains, among them Franco and Ryder â€“ and for that itâ€™s almost worth seeing. Almost.

(…)Brokerâ€™s attempts to start a new life and keep a low profile unravel when his daughter gets picked on at school and winds up demonstrating some of the moves dad taught her. Soon enough, Broker is all a-tangle with the bullyâ€™s family, which includes Gator (Franco), a meth dealer who wants to expand his operation beyond the confines of this hillbilly backwater, and Gatorâ€™s angry biker-groupie girlfriend, Sheryl (Ryder). Theyâ€™re the couple from hell, but they have dimension. Gator has a certain white-trash snottiness â€“ early on, we see him chasing away teenage tweakers and scoffing at the low quality of their product. But itâ€™s Sheryl that weâ€™re truly fascinated by. A pissy, beautiful harridan who seems to know the right thing to do but is incapable of ever doing it, she obviously hates the idea of having to consort with bikers and meth heads, but tolerates it if it gets her what she wants. But what does she actually want? How did she wind up here? Who is this woman? Unfortunately, the film shows no interest in answering these questions; Iâ€™m not even entirely sure what happened to her at the end.

A review ending with ‘Winona Forever’ will never live without being reproduced on our website. Check the whole piece on Vulture.

by Luciana
Comments are off
Articles Homefront

Sure, Winona Ryder has a movie to promote â€” â€œHomefront,â€ starring Jason Statham â€” but sheâ€™d much rather talk about Lou Reed, if thatâ€™s OK. â€œI was supposed to see [the movie], but then Lou Reed died and I had to go to his memorial. And you know, I just havenâ€™t been able to. But I usually see something before talking about it,â€ Ryder says with a laugh. â€And itâ€™s also my first, like, this kind of movie.â€

Iâ€™m still a bit broken up about Lou Reed, actually.
Yeah, I know. I am, too. Itâ€™s weird, isnâ€™t it? I know he was 71, but I just didnâ€™t expect it. I did not know him well. I had to follow him at Allen Ginsbergâ€™s [memorial], giving eulogies. Itâ€™s like the scariest thing, following Lou Reed. But he was Lou Reed, you know?

Well, he was such a huge presence.
Last night, I was at a party for a movie that a friend of mine did, and there were theseâ€¦ â€œyounger people.â€ (laughs) Theyâ€™re talking about music, and it was like they didnâ€™t know that he was in the Velvet Underground, they didnâ€™t know anything about him. And they play music. I was like, â€œWalk on the Wild Side?â€ â€œSweet Jane?â€ Like, the big ones, and they didnâ€™t know them. Itâ€™s just crushing, you know? I actually played it on my phone for them.

END_OF_DOCUMENT_TOKEN_TO_BE_REPLACED

So, finally, some video from Homefront premiere in Las Vegas. Entertainment Tonight interviewed the stars at the red carpet. Winona appears on 1:40 mark.

by Luciana
Comments are off
Homefront Photos

A new batch, HQ sized this time, of Homefront press conference pictures has been added in our gallery. A HUGE thanks to Marica, who kindly donated it to us.

Please remember to give us a link back when reposting, since the pictures was donated to our site. Thanks!

by Luciana
Comments are off
Homefront Photos 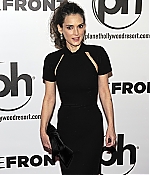 Role: Joyce Byers
Status: Season 4
Release: 2016-present
When a young boy disappears, his mother, a police chief and his friends must confront terrifying supernatural forces in order to get him back.
Official Photos IMDB

This is an unofficial website!
We have no official affiliation with Mrs Ryder or her management.